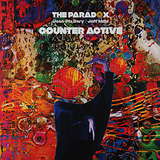 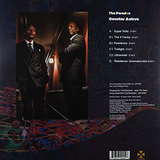 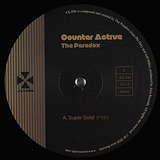 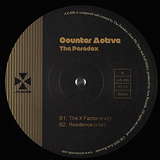 "The idea to create this collection of tracks and album is an extension of the collaboration I had with Tony Allen and Tomorrow Comes The Harvest. Jean-Phi Dary was the keyboardist in that project. At the sound and line checks before performances, the best way for Jean-Phi and I to check to make sure all equipment is working correctly and that we become mentally in-sync was to have small jam sessions after everything was set-up. During this period, we would just create music and improvise to point of finding a groove that we both felt was special. Then, we’d enhance, modify and situated it to be the first track we played when the show began with the inclusion of Tony Allen. Literally, these tracks would be made in a matter of minutes. We noticed how easy it was that we could create together so freely. This lead to having conversations about going into a studio to record some of these ideas for an album and project. Over the course of about one year, in various recording sessions in and around Paris, we recorded a large amount of music. “Counter Active” album is the first part of two parts. (...)

We recorded the music spontaneously and without preparation. Even in some cases, the drums were laid down first so that I could be as unrestricted as possible. No MIDI connection or computers were used in the production. A concept and direction would be imagined and we would both address as best we could with what we had at our disposal. Because of the COVID 19 Pandemic, mixing down the tracks was an obstacle, but we manage to complete the tracks from a long-distant process between the cities we and the studio engineer lives. Over the course of a few weeks, we were able to complete all the mixes to our satisfaction. (...)

Counter Active is designed to show an example of two minds joining together without compromise or without any creative conditions. There were no barriers when recording. The music represents who we are and exactly what we want to say. The title “Counter Active” represents the task of having an initiative. A plan and blueprint. The front cover design was actually made before the music was final. In fact, it was this image that we used to remind ourselves of the boundless freedom we’re dealing with”.

All compositions are written by Jeff Mills and Jean-Philippe Dary.