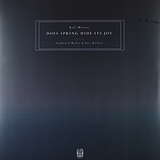 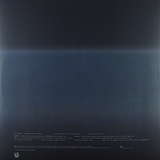 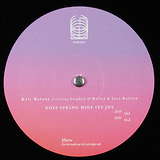 "Does Spring Hide Its Joy is an immersive piece by composer Kali Malone featuring Stephen O’Malley on electric guitar, Lucy Railton on cello, and Malone herself on tuned sine wave oscillators. The music is a study in harmonics and non-linear composition with a heightened focus on just intonation and beating interference patterns. Malone’s experience with pipe organ tuning, harmonic theory, and long durational composition provide prominent points of departure for this work. Her nuanced minimalism unfolds an astonishing depth of focus and opens up contemplative spaces in the listener’s attention. (...)

Does Spring Hide Its Joy is a durational experience of variable length that follows slowly evolving harmony and timbre between cello, sine waves, and electric guitar. As a listener, the transition between these junctures can be difficult to pinpoint. There’s obscurity and unity in the instrumentation and identities of the players; the electric guitar's saturation timbre blends with the cello's rich periodicity, while shifting overtone feedback develops interference patterns against the precise sine waves. The gradual yet ever-occurring changes in harmony challenge the listener’s perception of stasis and movement. The moment you grasp the music, a slight shift in perspective guides your attention forward into a new and unfolding harmonic experience. (...)

In Kali’s own words: “Like most of the world, my perception of time went through a significant transformation during the pandemic confinements of spring 2020. Unmarked by the familiar milestones of life, the days and months dripped by, instinctively blending with no end in sight. Time stood still until subtle shifts in the environment suggested there had been a passing. Memories blurred non-sequentially, the fabric of reality deteriorated, unforeseen kinships formed and disappeared, and all the while, the seasons changed and moved on without the ones we lost. Playing this music for hours on end was a profound way to digest the countless life transitions and hold time together.” (...)