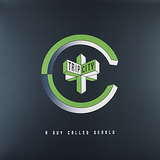 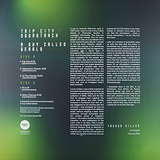 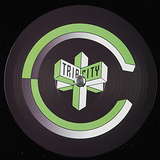 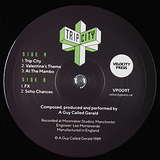 In the summer of 1989, when Trevor Miller’s Trip City was first released with a five-track cassette EP by A Guy Called Gerald, there had been no other British novel like it. This was the down and dirty side of London nightclubs, dance music and the kind of hallucinogenic drug sub-culture that hadn’t really been explored since Tom Wolfe’s The Electric Kool-Aid Acid Test. Maybe this is why Trip City is still known as “the acid house novel” and an underground literary landmark.

But for 2021, Trip City is back and the original soundtrack by A Guy Called Gerald is also being reissued and all five tracks will be available on vinyl for the first time.

“I remember back in the 80s, in my hometown, Tony Wilson (of Factory Records fame) was fond of calling Shaun Ryder the WB Yeats of his day. In that vein, whether or not I like to see myself in the canon of Anthony Burgess and Clockwork Orange - with these five tracks, A Guy Called Gerald feels very much like the Ludwig Van to my Alex DeLarge.” Trevor Miller