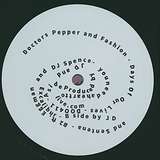 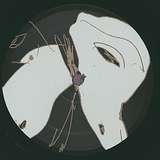 'IT’s diFfFErENt it changes a LoT, “THeRE’s lOtS of cHaNGe,” it sounds like it changes a lot. It’s not new, so its being looked back on, it’s like the windows opened and now it’s moved, it moves, it doesn’t sit still and it’s been listened to lots but its still tough - and its got all the regular, bars and timing. It’s a year away from being old, as if we’d forgotten about it forever - there’s music and then there’s something that can fly.'